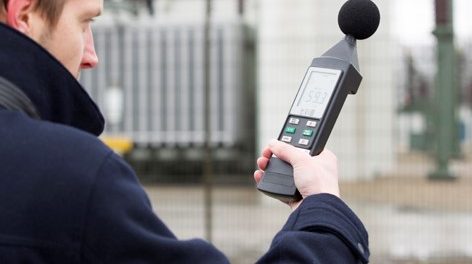 BS 4142:2014+A1:2019 provides a method for rating and assessing industrial and commercial sound and is typically used to control noise from mechanical plant as part of the planning process.  The 2019 version is a minor revision to the 2014 version, which represented a substantial change compared to the earlier 1997 version. The 2014 version introduced significant complexity and rigour.

These changes justified a significant shift in the assessment of impact.  For example, the current version states that a rating level equal to the background represents a low impact. Whereas the 1997 version recommended that a rating level of more than 10 dB below the measured background noise level “is a positive indication that complaints are unlikely”. The statement contained in the 1997 version was used by many local authorities to justify planning conditions setting limits for the rating level to be either 5 or 10 dB below the background sound level.

A significant proportion of local authorities have retained these local policies without revision but are also stating that the latest versions of the standard should be used.  The result is that a lot of planning conditions are currently being imposed that are unreasonable and often forcing developers to incur excessive costs that cannot be justified.  This situation is often perpetuated by acoustic practitioners who simply adopt local authority policies as the basis of their assessments without proper regard to the best practice guidance set out in BS 4142:2014+A1:2019.